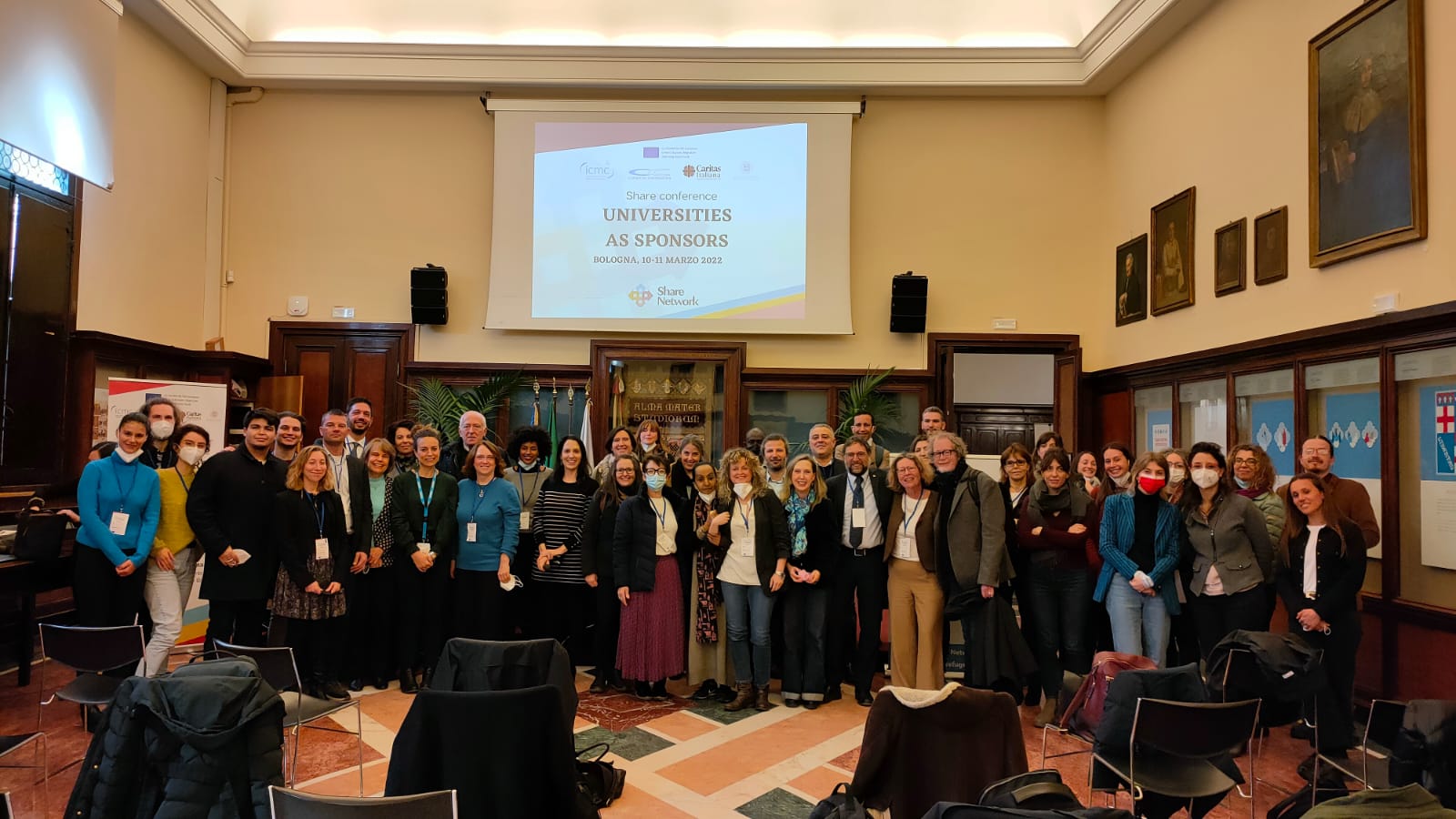 In partnership with Caritas Italiana/Consorzio Communitas and the University of Bologna, the Share Network, led by ICMC Europe, held an in-person conference on Universities as Sponsors and Tertiary Education Pathways for Refugees in Bologna on March 10 and 11 (agenda in annex p.15-16).

Co-funded by the European Union with additional support from a private donor, the conference was organised within the context of the Share Quality Sponsorship Network (QSN) project, which brings together a consortium of actors across Europe to support the development of pilot and ad-hoc sponsorship initiatives into sustainable, community-driven programmes.

On the European and global policy stage, resettlement-based and complementary education pathways for refugees have increasingly gained traction. Under the Recommendation on legal pathways to protection in the EU, the European Commission has committed to promoting access and further expansion of higher education programmes for refugees, with support from EU funds.

As part of the UNHCR Three Year Strategy, the Global Task Force on Third Country Education Pathways, launched in May 2020, has developed minimum standards for third country education opportunities. In Europe, several pathways for refugee students with differing structures have developed in recent years. European programmes like the German DAAD Leadership for Syria and Africa and the Italian University Corridors (UNICORE) offer refugees the opportunity to access student pathways through (mainstream) student visas and scholarships while offering additional integration support.

A second approach admits refugees under resettlement-based refugee sponsorship schemes. Refugees admitted receive refugee status, student scholarships and integration support offered by local volunteer support networks. The most known example of such resettlement based sponsorship programmes is the Student Refugee Program (SRP) in Canada managed by the World University Service Canada (WUSC). A similar approach is being piloted in the UK under the community sponsorship programme at King’s College London.

The University of Bologna, being one of the oldest universities in the world with a longstanding commitment to human rights, international cooperation and refugee protection was an ideal setting for the conference. Bologna University was also the first of 24 universities in Italy to welcome refugee students to Italy through the UNICORE programme. Over 90 participants from Italy, Belgium, France, Germany, Ireland, Portugal, the UK and Canada attended the conference.

They represented a variety of stakeholders ranging from higher education institutions, student associations, refugee students, regional authorities, researchers and civil society. The Bologna Conference provided the opportunity for participants engaged in complementary education pathways to exchange and share best practices on different aspects of the existing programmes including identification and referral, selection, funding, integration support and protection safeguards. It further provided the chance to discuss common advocacy strategies and operational frameworks to expand tertiary education opportunities. Within this framework, it offered participants an opportunity to discuss and reflect on a proposed joint Manifesto.

The latter outlines multi-stakeholder roles and commitments and reflects on possibilities for future cooperation. Taking place during the first month of the Russian invasion of Ukraine, the conference also offered initial reflections on the repercussions for Ukrainian refugee students while not forgetting the many needs of other refugees, notably Afghans. 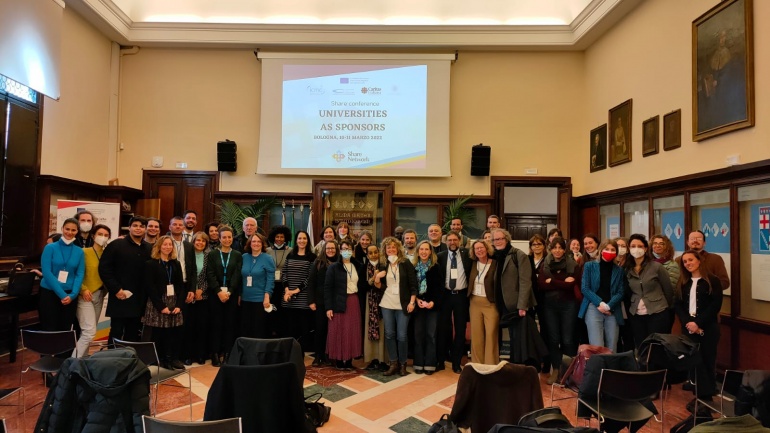